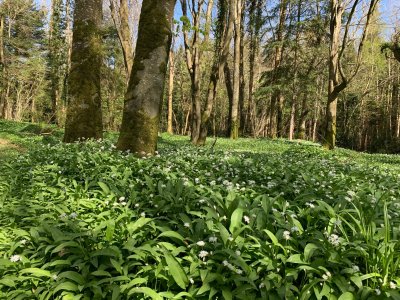 In November 2016, Forest Service, DAFM, awarded a tender for an important pilot project to facilitate group certification in Ireland.

As the level of timber supply from the private sector increases, the lack of forest certification amongst timber growers is likely to become a barrier to wood mobilisation. Thousands of hectares of private woodland are approaching the stage of first, and subsequent thinnings, resulting in a sharp increase in supply of logs from private forests in the near future. The objective of this pilot project is to develop a template for group certification which can be employed by private forest owners. The pilot project will involve achieving certification for two Knowledge Transfer Groups (KTGs) who have agreed to take part in the pilot project.

Certification of private woodlands is likely to be required in Ireland in the coming years as timber processors source increasing quantities of roundwood from privately owned forests. Ireland exports approximately 80% of all our timber products, and our export markets for these products require them be certified. Under the two main international certification schemes, timber processors can take in a maximum of 30% of uncertified wood in their log supply to be permitted to label their output as certified. In the coming years, many timber processors will be taking in more than this proportion of wood from private forests and hence the need for certification, so as these products can be sold on international markets and both growers and processors will benefit.

The contract to undertake the pilot project was awarded to an international consortium led by Commercial Forestry Services Ltd., in partnership with The Forestry Company and UK Forest Certification Ltd. The Soil Association Certification Ltd (UK) were the Auditors for the project. 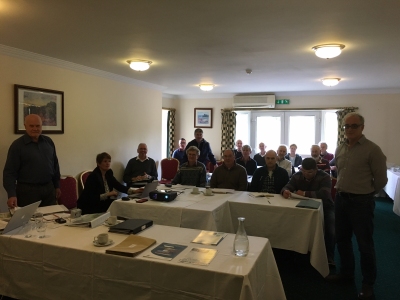 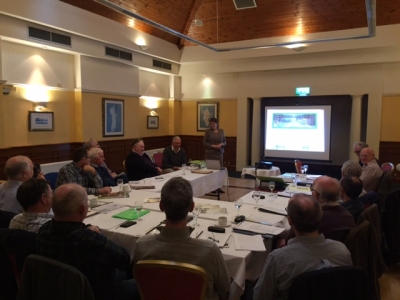 Members of the Forest Owners Co-operative Society pictured during Training Day organised as part of the Pilot Project in Macroom, Co. Cork. (left)

Members of the North East Forestry Group pictured during Training Day organised as part of the Pilot Project in Navan, Co. Meath (right) 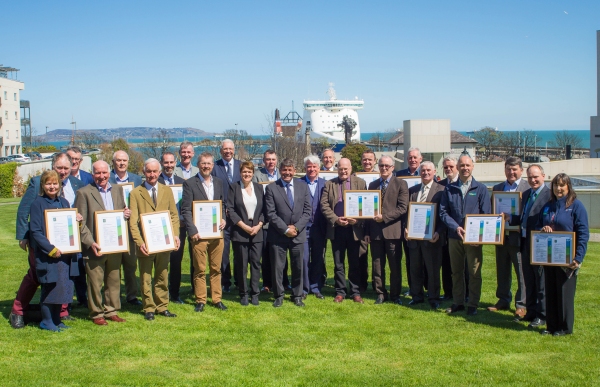 Minister of State at the Department of Agriculture, Food and the Marine with responsibility for forestry, Andrew Doyle, TD congratulated the North East Forestry Certification Club and the Forest Owners Co-operative Society, at a function in the Royal Marine Hotel, Dun Laoghaire, on achieving group certification.

The pilot project was completed in May 2018.

The pilot project was undertaken by the following project partners:

Commercial Forestry Services (CFS) has provided professional forestry services to private clients since 1986. Services include forestry consultancy and related project management and advisory services. As part of their services CFS undertake the Technical Directorate and Secretariat for the Irish Timber Growers Association (ITGA), the national representative body of private woodland owners in Ireland.

UKFCG is an independent certified forestry group scheme, offering certification to forest owners throughout the UK. UKFCG is run by Directors Paul Sandys and Phil Webb who are well known in the forest industry. UKFCG (UK Forest Certification Ltd), was launched in early 2012.

The Forestry Company is one of the largest timberland management companies in Ireland. The Forestry Company manages forestry for both private and institutional clients, both farmers and non-farmers and can advise on an array of activities, from planting a new forest, managing an existing plantation, harvesting or investing in land with a view to planting forestry.

For more information on The Forestry Company, see www.theforestrycompany.ie

Auditors for the pilot project were:

Soil Association Certification are a certification body and certify and inspect forests and forest products to a number of schemes. They offer Verification of Legal Compliance and are a recognised Monitoring Organisation for the European Union Timber Regulation.